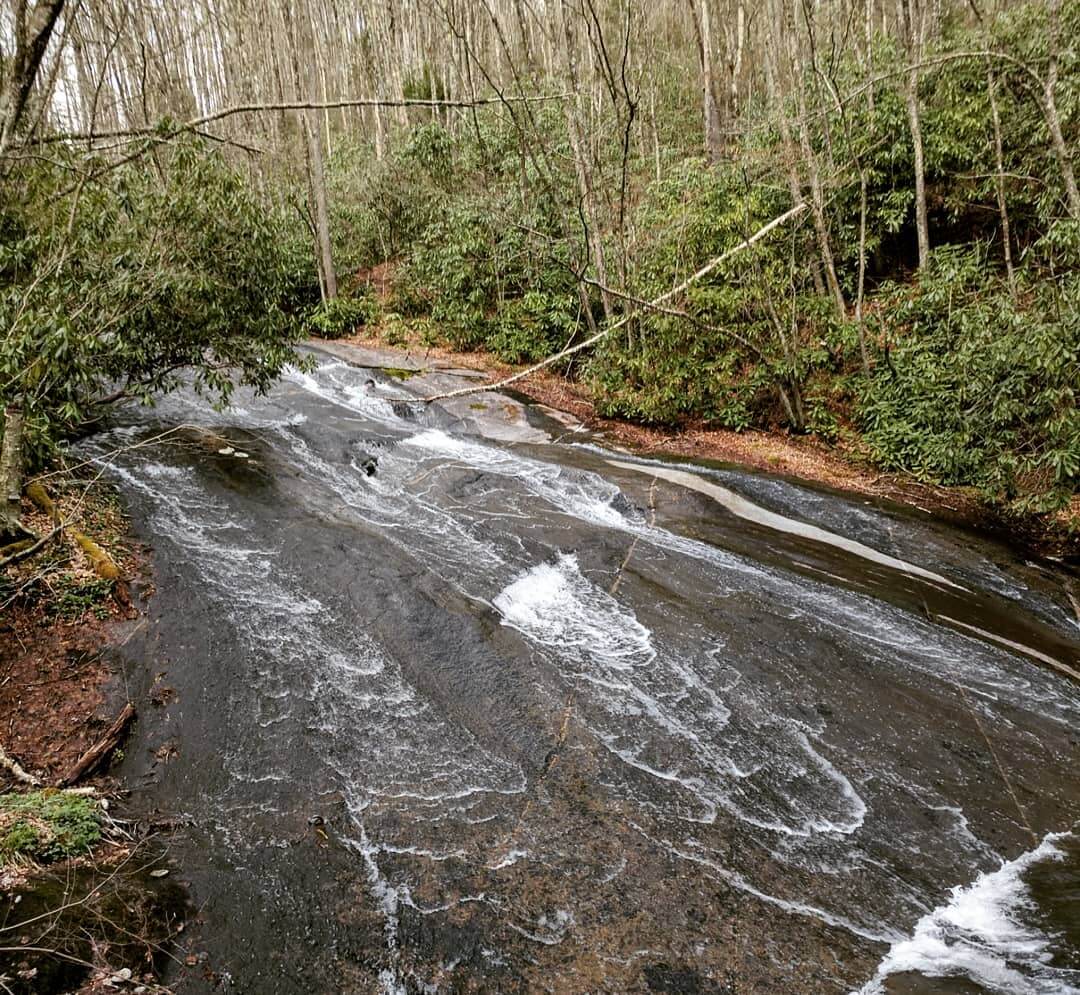 In April, my brother-in-law, brother, my son, and myself all went on a 2 night backpacking trip to the Great Smoky Mountains National Park.

It was my first trip (other than passing through as a small child) to the Great Smoky Mountains and my son’s first trip to a National Park period.

The trip was a simple 3 mile out and back with a ton of elevation change. The goal of the trip was to get an intro experience to the Smokies and get a campsite far enough away from cars that it felt like backcountry, without too long of a hike.

I ended up with a plan to park at Clingman’s Dome parking lot and hike down the Forney Creek trail to Backcountry site #68.

The initial part of the trail is goes from Clingman’s Dome to Andrew’s Bald and is one of the most popular and heavily-trafficked in the Park. But about a half mile in, the Forney Creek Trail spurs off and starts to rapidly descend.

The trail passes through several different forest types in a short distance, which was interesting to experience.

There are a lot of switchbacks coming off Clingman’s Dome. There’s also a lot of water coming off the mountains in the Spring.

Once the trail passes the source of Forney Creek, the trail follows an old logging railroad bed.

The landscape was really interesting to see, and to imagine what it was like in the pre-National Park days – and how the forest has recovered.

There had been a lot of rain in the past week, so Forney Creek was running really high further down the trail, which led to camper backups.

Even though Site #68 was a single spot campsite that we had reserved…there were already people there who were supposed to be at #69…because #69 had people from #70, which was unreachable due to high water.

Either way, we spent the first night huddled in a makeshift, cramped spot by the creek with no fire ring and very little space – one of the risks of backcountry camping in the Smokies.

In the morning, the camper traffic cleared with lower water and we were able to move into the site proper. Everything was damp, so we strung everything up.

We each did a few day hikes from the spot during the day and spent a lazy afternoon around the campsite. We were able to actually build a bit of a fire, and admire the creek (feature photo at the top of the post).

We had a great night even though temperatures dropped to 20F overnight.

Overnight in the backcountry gave me a sense of just how complete and wild the National Park was. With so few roads (compared to National Forest lands in Georgia / North Carolina), it definitely had a feel & ambience that camping elsewhere did not have.

I absolutely am looking forward to going back again.

In the morning, we had a very tough but short hike back up to the car and headed home.